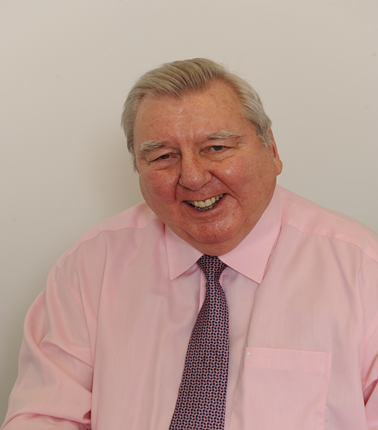 Peter Harrison was born in Cheadle, Cheshire. After leaving school at 16, he qualified as a chartered accountant. His early business career included appointments with the Ford Motor Company, Firth Cleveland and Crest Nicholson Group PLC.

Peter acquired Chernikeeff – one of the companies in the Crest Nicholson group – in 1978 and, as Chairman and Chief Executive, he developed Chernikeeff into the largest privately held computer networking company in the UK. In 1999/2000 Peter sold his shares in Chernikeeff to Dimension Data Holdings Plc, of South Africa and set up the Foundation with the proceeds.

A keen sailor and former rugby player, Peter Harrison believed that sport provides important steppingstones to self-development and self-reliance. This is one reason the Foundation has done so much to foster sporting achievement and participation by disabled and disadvantaged people.

In 2003 Peter sponsored and led a British challenge for the America’s Cup, the first for 14 years.

In the Queen's Birthday Honours List 2010 Peter Harrison was made a Commander of the British Empire (CBE). In recognition of his philanthropic work in her country, which he visited frequently for sailing holidays and competitions, Peter was knighted (Knight Grand Cross of the order of the Nation) on 24th April 2013 by Her Excellency Dame Louise Lake-Tack, former Governor General of Antigua and Barbuda. Peter was also a Vice-President of Chelsea Football Club.

Sadly, Peter passed away on 18th June 2021, but his generosity of spirit continues through the work of his Foundation.

Below is an interview with Peter Harrison in which he explains the background to the Foundation.